Cribbage looks like becoming a really popular addition to the Moleside calendar.

The first session for 2022 will be on Wednesday 19 January, 2.00 pm at John Watkins house.  The group is planning to make a regular date of the second Wednesday in each month – though January this year would clash with the club’s New Year Lunch on 12 January.

Terry Bartholomew will be delighted to hear from anyone wanting to learn more.
t.k.bartholomew@btinternet.com
01372 842459 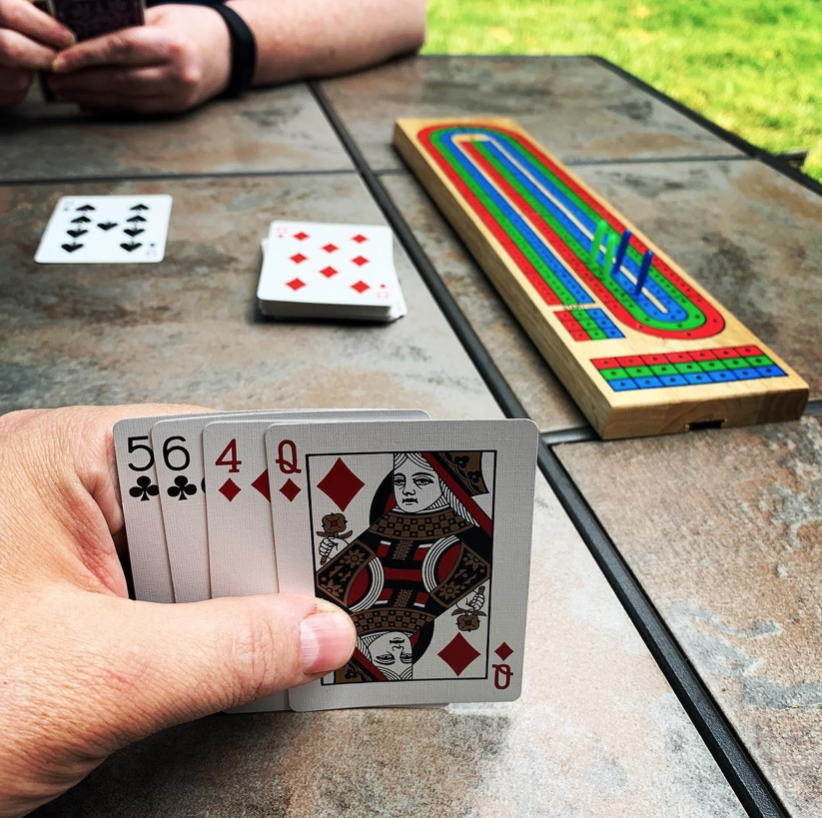 Several members have expressed an interest in playing Cribbage and starting a Cribbage Group in Moleside to be played in the winter months October to March in the afternoons.

The games will be played in members’ homes once a month, probably with between two and six players at a time. Four to play doubles and two playing singles, swopping around when games are finished.

Depending on the number of members wishing to play, the monthly games could be played at different locations. The idea is to get as many members playing per month as possible. The game of cribbage is a fun game, not taken too seriously!

If you don’t know the rules and how to play, don’t worry, just come along as the best way for someone to learn cribbage is to watch and play it.