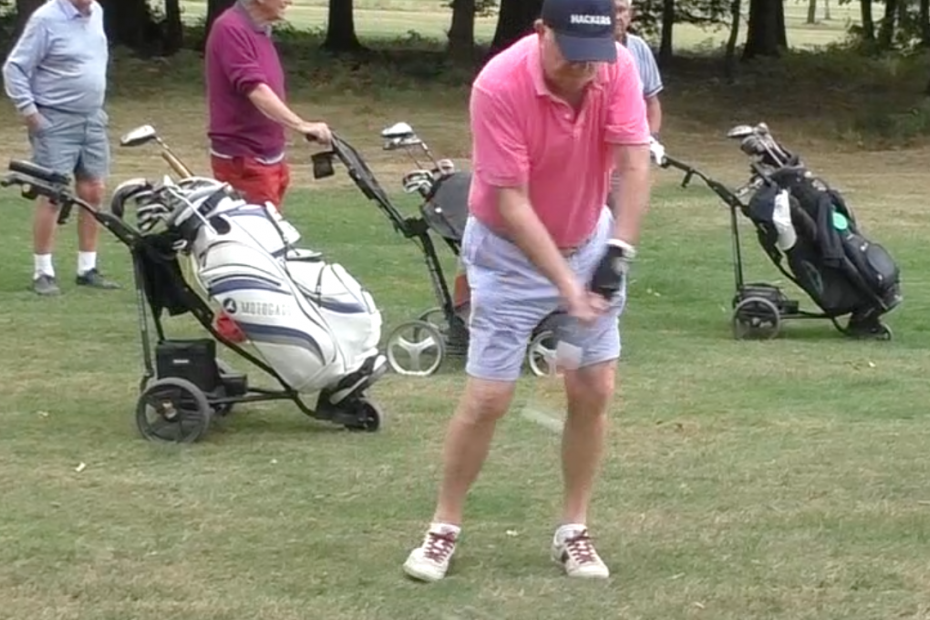 You’ve got to admire The Hackers.  For their first meeting of the year they certainly lived up to their absent group coordinator’s firm belief that they should only play in fair weather.  Whilst John Watkins recuperates from a nasty fall to give his damaged hip time to repair naturally, 6 of his fellow group members wished him well as they ventured onto the course at Horton near Epsom.  This was a venue new to some of them and offered what were described as  ‘particular challenges’.

Without the guiding hand of their mentor the group decided to play a normal handicapped round of 9 holes which means that their scores may have difficulty relating to the way John  makes sure that no one ever wins too often.  But everyone reported great enjoyment not only at being together again but also at the discovery of an interesting club which, along with its golf courses, also offers attractions that might persuade some of us grandfathers to return with our families.

And the enjoyment continued into lunch with one of the Hackers commenting that whatever the golf was like the food at Horton was certainly up to scratch.

Have a great Hackers season gentlemen – and may your coordindator be back amongst us all again very soon.   Everyone in Moleside wishes John well.

The Hackers themselves usually meet on the first Tuesday of each month in the warmer months for a friendly 9-hole round. The winner on the day then holds the title Champion Hacker until the next monthly challenge.