THE 2022 SEASON TEES OFF – but without its co-ordinator

You’ve got to admire The Hackers. For their first meeting of the year they certainly lived up to their absent group coordinator’s firm belief that they should only play in fair weather. Whilst John Watkins recuperates from a nasty fall to give his damaged hip time to repair naturally, 6 of his fellow group members wished him well as they ventured onto the course at Horton near Epsom. This was a venue new to some of them and offered what were described as ‘particular challenges’. 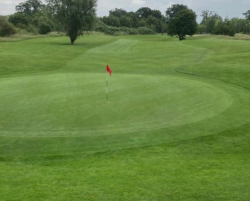 Without the guiding hand of their mentor the group decided to play a normal handicapped round of 9 holes which means that their scores may have difficulty relating to the way John makes sure that no one ever wins too often. But everyone reported great enjoyment not only at being together again but also at the discovery of an interesting club which, along with its golf courses, also offers attractions that might persuade some of us grandfathers to return with our families. 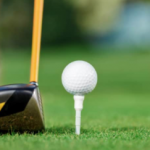 And the enjoyment continued into lunch with one of the Hackers commenting that whatever the golf was like the food at Horton was certainly up to scratch.

Have a great Hackers season gentlemen – and may your coordindator be back amongst us all again very soon. Everyone in Moleside wishes John well.

The Hackers themselves usually meet on the first Tuesday of each month in the warmer months for a friendly 9-hole round. The winner on the day then holds the title Champion Hacker until the next monthly challenge.

Though there were only 8 playing on the course for our Christmas meet up we were all delighted to see Honorary Member Bob Cummings once again visiting his old stamping grounds in Surrey – and, it became clear, returning to his old winning ways on this celebratory occasion. John writes:

Unfortunately I was one of the absentee Hackers due to a tummy bug and my GP advised me to stay home. The Hackers managed very well and some of Santa’s helpers took over the proceedings. I am pleased to say that I am now well on the road to recovery. Here are the results of the golf. In joint first place with 7 points were Barry Brooks and Bob C., In joint third place with 6 points were Roger Johnstone and David Rates. On his own in 5th place with 5 points was Paul Walker. In joint sixth place with 3 points were Peter Hughes and Peter Massey and bringing up the rear with 2 points was Philip Schofield. I understand that some players stopped after the 5th hole – maybe that reflects on some of the scores. 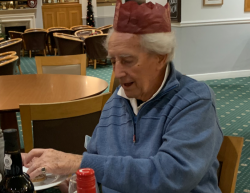 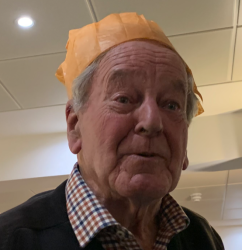 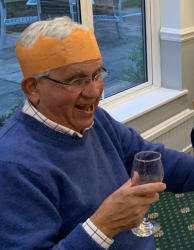 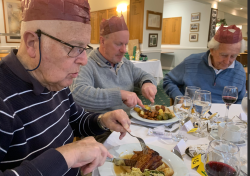 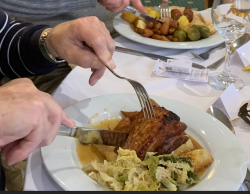 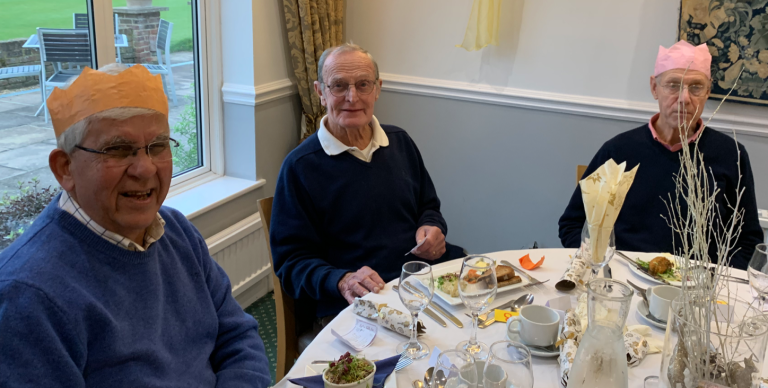 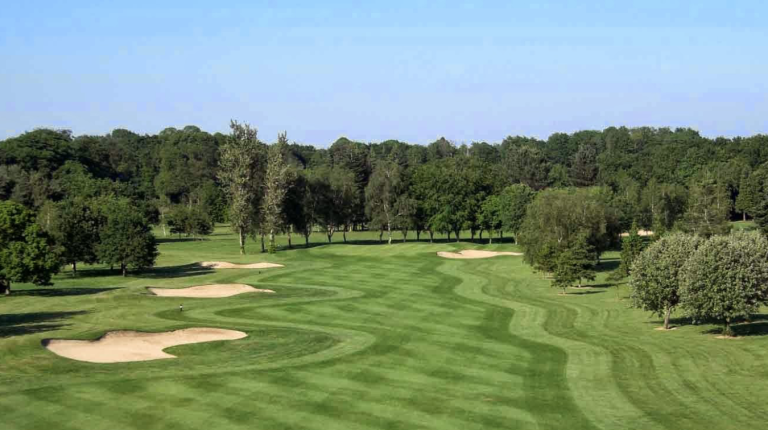 Those of you who did not play today missed the glorious weather that I had arranged and those of you who did play did very well and improved your sun tan to last you till the next game in December when I will do my best to match todays sunshine. First of all it was very nice to welcome John Peberdy to play with the Hackers and it would be nice to see him again on the course. You will be very welcome John.

Now to the scores. It is just as well that I check the scorecards as there are one or two errors that I find, sometimes claiming a point and others when not enough credit is given and under claiming. In the final analysis Bob John & Roger Johnstone were November’s joint winners both scoring 10 points. In joint 3rd place was Jim Forsyth and Spencer Needs, scoring 9 points each and in joint 5th place Barry Brooks and Paul Walker with 8 points. John Peberdy scored 7, Philip Schofield 5 and Terry Bartholomew brought up the rear scoring 4 points. Terry is injured and is due to have a knee replacement in a couple of weeks so he had an excuse for not playing at his brilliant best. The next game will be at The Drift on 14 December when all bar one of The Hackers will be playing ( Malcolm you can still change your mind ) Handicaps will be changed to take into account the difficulty of the course!!!

After the torrential rain accompanied by the strong wind at 4.00 o’clock this morning I am sure those brave enough to have said yes to playing later on in the morning were very pleasantly surprised to be basking in the sunshine at 10.00 am. Clandon Golf was, as expected a little wet, but as it is built on chalk it drains very well. Six members arrived, all with smiles, to play in two groups of three. Handicaps were issued and only a few complaints were heard, they then teed off and to my pleasant surprise on receiving the cards from Terry and checking the scores the handicaps had worked out very well. With six players the difference in number of points scored between first and last player was only three. So no complaints next time about the handicaps please. The winner with ten points was Bob John and in equal second place with nine points each were Terry Bartholomew, Barry Brooks and Philip Schofield. Paul Waker and Spencer Needs brought up the rear with eight and seven points.

Tuesday 7 September – Shey Copse Hackers coordinator John Watkins reports There was a thin field for the September challenge,   Health, injury, holiday and heavy traffic all contributed to the difficulties faced by the group with 6 members taking part but only 5 managing to complete the course. Wit the cards checked the results recorded show Terry Bartholomew  in 3rd place with 5 points, Peter Massey & Philip Schofield tie in 2nd place with 9 points each and the month’s winner with 10 points is David Rates. Congratulations David, and you were doubtful about playing!

Tuesday 3 August – Pacesham Golf Club THE HEAT GETS TURNED UP Hackers coordinatorJohn Watkins reports. Six members took up the August challenge on one of the hottest days of our all too brief summer. Twelve holes were due to be played, playing the 6 hole course twice. Having played the first six holes contenders manfully started around again but only managed the first two and the last one. The reason given was that it was too hot. As a result the game was not completed and there was no winner for the month. Peter Gauld remains our champion – and everyone present made it to the club house to quench their thirsts.

Tuesday 6 July – Clandon Golf PETER GAULD STEALS THE SHOW Hackers coordinator John Watkins reports. Six members took to the Clandon course and Peter Gauld romped away with first place scoring 16 points, Spencer Needs was second with 12 points and Terry Bartholomew came home in third place with 8 points. Needless to say Peter’s handicap was reduced considerably for the August game. And more arrived to celebrate …. After the golf the six players were joined by another six either injured or past it golfers and we all had a very enjoyable lunch at The Onslow Arms. It was nice to have the opportunity to sit round a table with a glass of wine and just talk about nothing important. Mind you at the same time we did manage to put right the economy and solve the problems of getting all the country vaccinated!

Tuesday 1 June  – Clandon Golf Hackers coordinator John Watkins reports. Ten of you played nine holes at Clandon Golf. The weather was kind the course was in good condition and the comments I have heard was that a great day was had by all. The new handicaps seemed to work. The winner scored 11 points, joint second scored 9 points and the fourth scored 8 points. Apart from those all the others, bar one, scored 7 points. Don’t worry Spencer next game you will have a much better handicap! Although some people will say it is far better to have tried and lost than not to have tried at all. OR practice makes perfect.

Having told you the scores the winner was Terry Bartholomew, joint second were Malcolm Bond and Bob John – and Barry Brooks was fourth.

Tuesday 3 November – The Drift, East Horsley Joint Runners Up on the day Peter Gauld and Peter Massey November Champion Kris Nasta. And on the final match of the year Hackers coordinator John Watkins totalled up the monthly scores and announced 2020’s joint winners for the year.

Tuesday 7 July – Abbey Moor, Addlestone In a tie for third place – Peter Hughes and Paul Walker. In second place – Peter Massey And retaining the trophy that he won in June – BOB CUMMINGS