Though there were only 8 playing on the course for our Christmas meet up we were all delighted to see Honorary Member Bob Cummings once again visiting his old stamping grounds in Surrey – and, it became clear, returning to his old winning ways on this celebratory occasion.

John writes – Unfortunately I was one of the absentee Hackers due to a tummy bug and my GP advised me to stay home. The Hackers managed very well and some of Santa’s helpers took over the proceedings. I am pleased to say that I am now well on the road to recovery.

Here are the results of the golf. In joint first place with 7 points were Barry Brooks and Bob C., In joint third place with 6 points were Roger Johnstone and David Rates. On his own in 5th place with 5 points was Paul Walker. In joint sixth place with 3 points were Peter Hughes and Peter Massey and bringing up the rear with 2 points was Philip Schofield. I understand that some players stopped after the 5th hole – maybe that reflects on some of the scores. 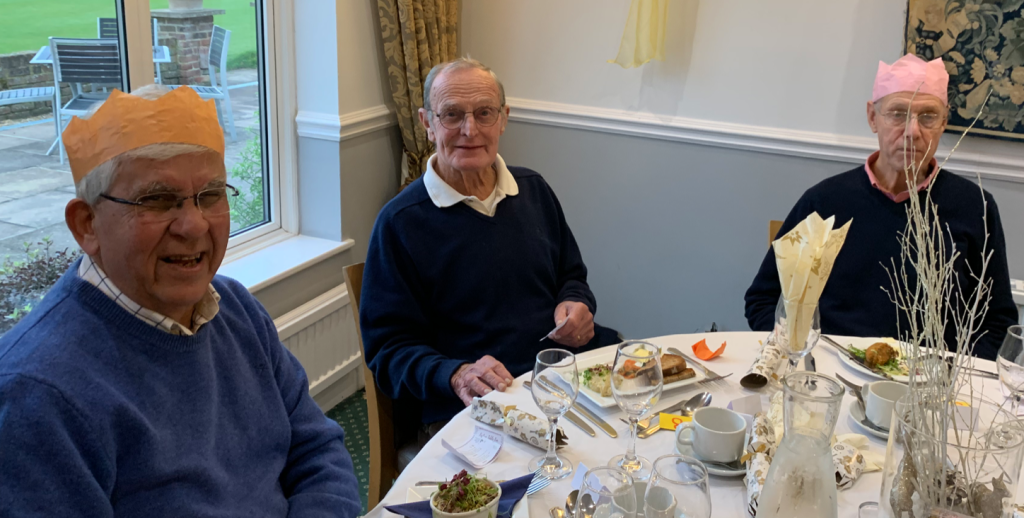