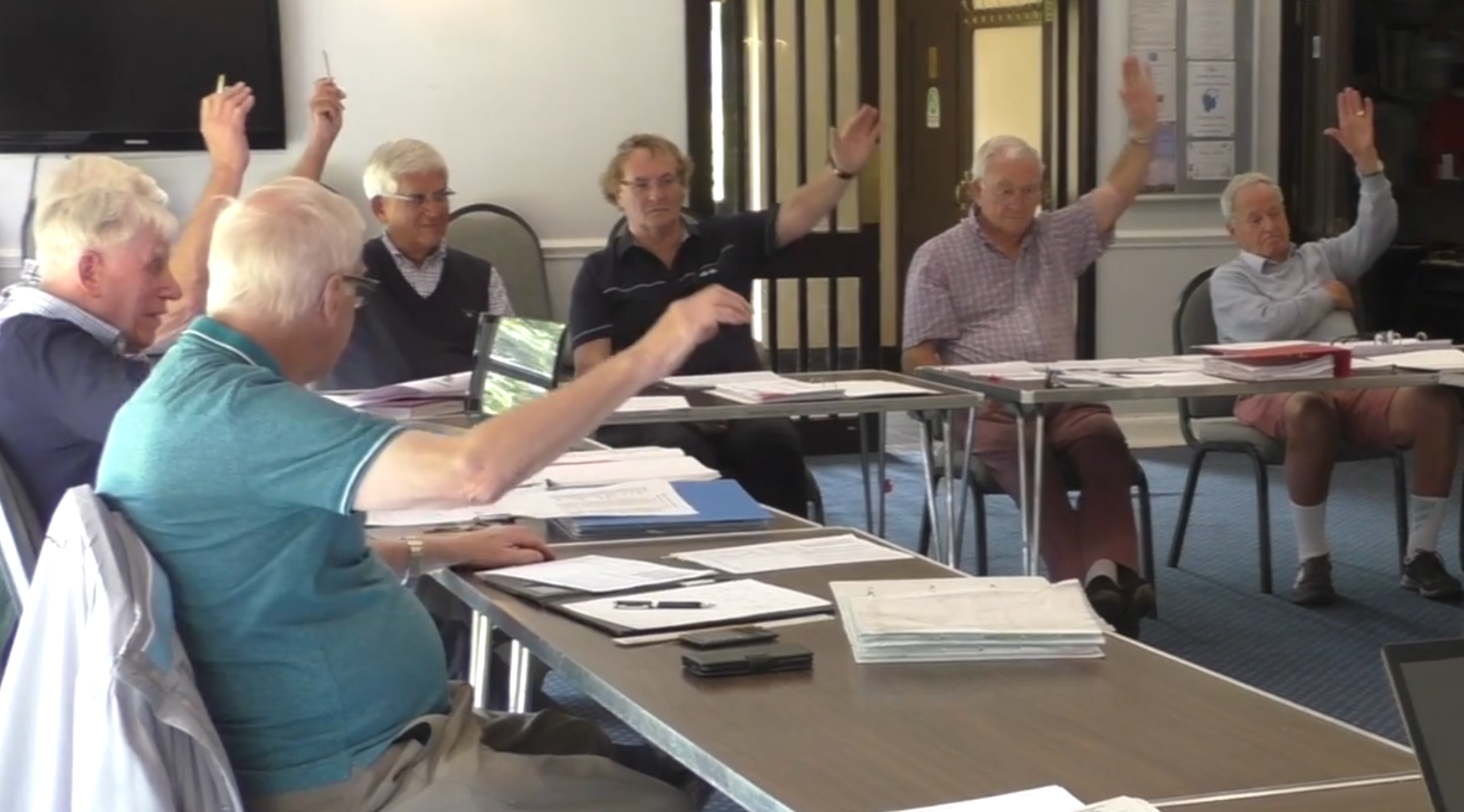 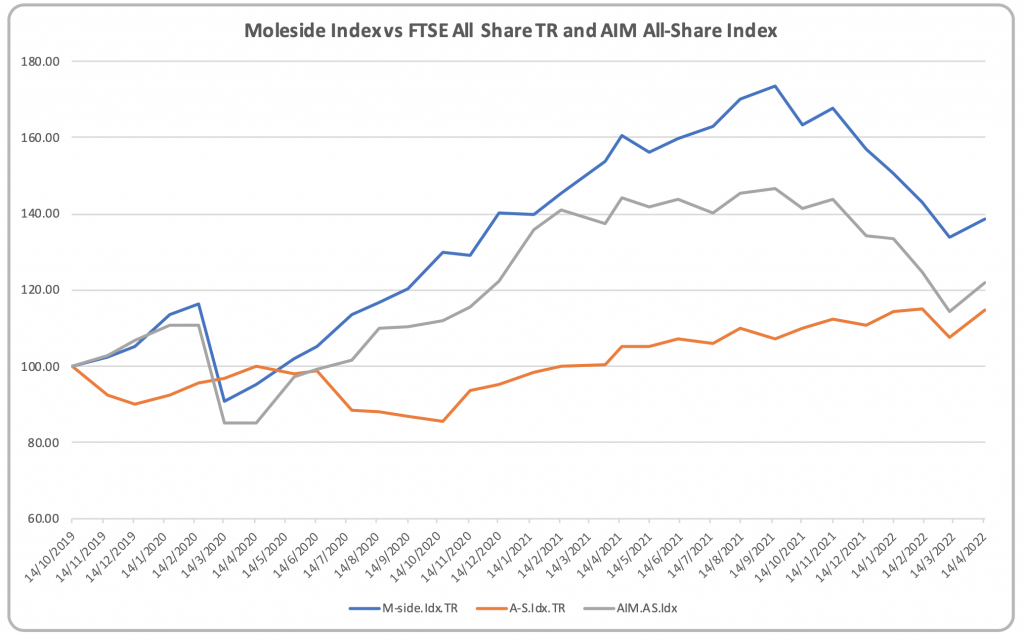 In April the group’s performance chart showed a much improved picture than the one the Moleside Investors Club had presented the month before. Back in March a high proportion of the assets in the portfolio showed losses. A month later the amount of red had dropped towards a more typical picture, less than a third, with a very encouraging rise in overall portfolio value.  And the chart confirmed that club performance continues to remain well above its 2 benchmarks: the AIM index – in grey on the chart – and the red of the FTSE All Share.

The Club decided to hold about 10% in cash temporarily, instead of being fully vested.  This explains the slight convergence in the slope towards those of the benchmark indices, where the market has been recovering despite the war.  Only one investment was sold in March, at a slight profit, and showing continuing confidence in its portfolio mix during these difficult times would appear to be paying off.  In April two new investments were made but no shares were divested.

Around the world, markets have been showing a steady slide since September last year. That was the month which marked the end of a remarkable 2 year run for the MIC in which it increased its holdings value by 65%.  However in recent months, and encouragingly, some market stability has crept back in.

The current tragedy in Ukraine and general increases in global market prices for energy, as well as so many of life’s other essentials, mean that all investors are likely to find conditions challenging for months to come. The Moleside group’s chairman Kris Nasta is confident that the club’s investors, managing a live and active, independent portfolio of their own design, are well placed to continue investigating and identifying the opportunities such conditions create.

Any Moleside members who might be interested in joining the Investment Club are welcome to request a chance to sit in on a meeting and get an initial taste of how it operates.

The Club meets monthly on the third Tuesday and business is conducted in a carefully constituted way almost always focusing on individual shares rather than funds.

Members take responsibility for making regular reports and recommendations on different market sectors or specific equities to which they give particular attention.

As we always have to be reminded in financial circles past performance is no guarantee of what will happen in the future – but it is just that reality that makes involvement in the group so absorbing.

For our earlier reports on MIC’s performance click the Tag Box.

Tags:Investment Club
We use cookies on our website to give you the most relevant experience by remembering your preferences and repeat visits. By clicking “Accept All”, you consent to the use of ALL the cookies. However, you may visit "Cookie Settings" to provide a controlled consent.
Cookie SettingsAccept All
Manage consent