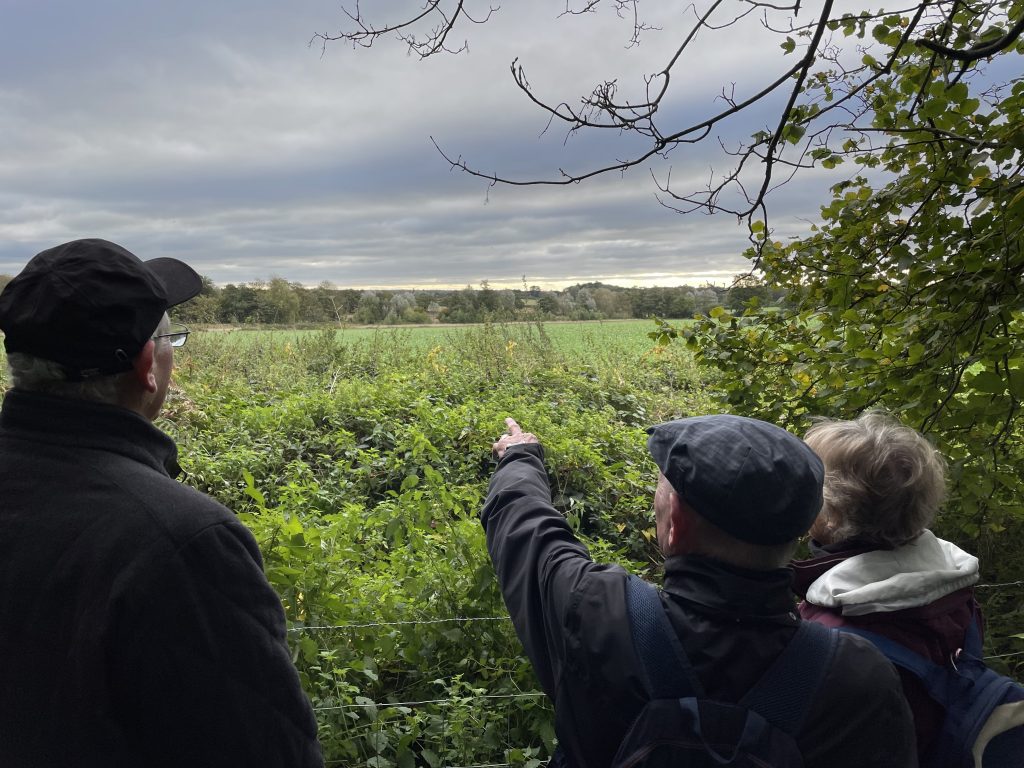 The gallant dozen of us who set out after a night of dramatic rainfall had a memorable experience and certainly got more than we bargained for.

Meeting to the west of Reigate under skies still bearing a mildly threatening look, we were soon in territory new to many of us.

Confidently led by Peter Wall we stuck to his carefully reconnoitred plan and soon found ourselves in the light woodland and open fields promised in his pre walk summary of our route.

But as we reached the River Mole the sun came out and revealed a much wider river than the one we were hoping to cross. 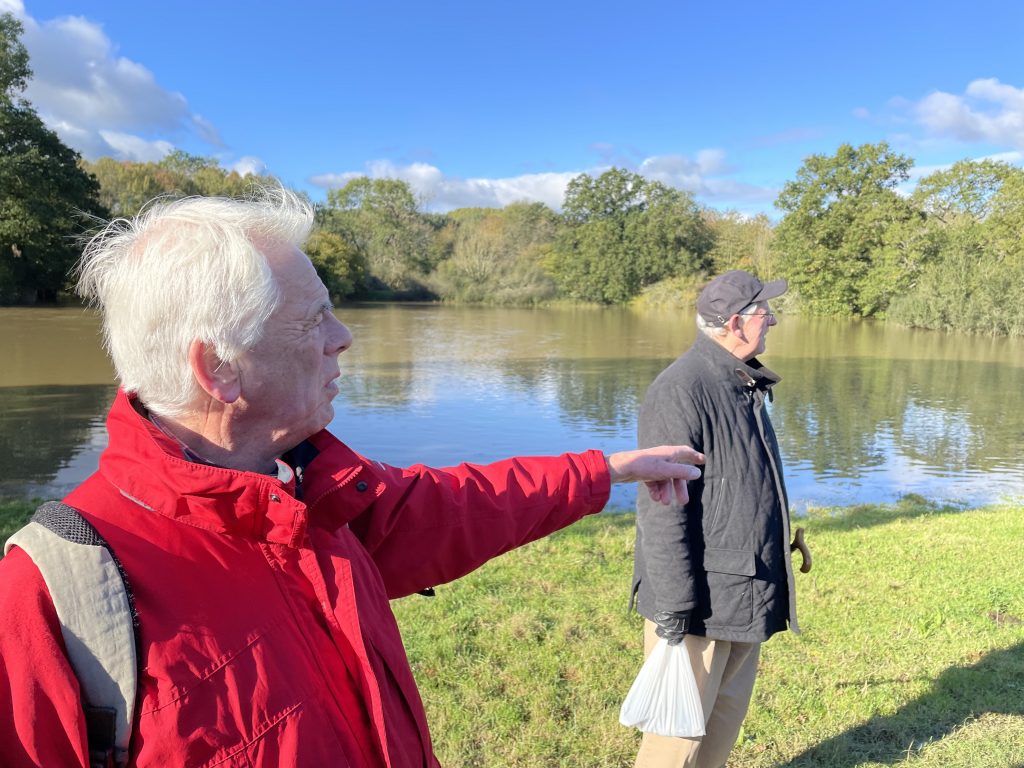 We found the bridge close by Ricebridge Farm under an uncertain depth of water, providing an impenetrable barrier to our progress westward towards Wonham Mill – and were politely warned off using a privately owned field as our way forward.

We resorted to advanced technology to plan our future. Having to negotiate more stiles than had originally been promised – not a big  problem – we retraced our steps via an inspired but very watery diversion which led us to the intended climax of our adventure – the windmill on the hill overlooking Reigate Heath Golf Club. 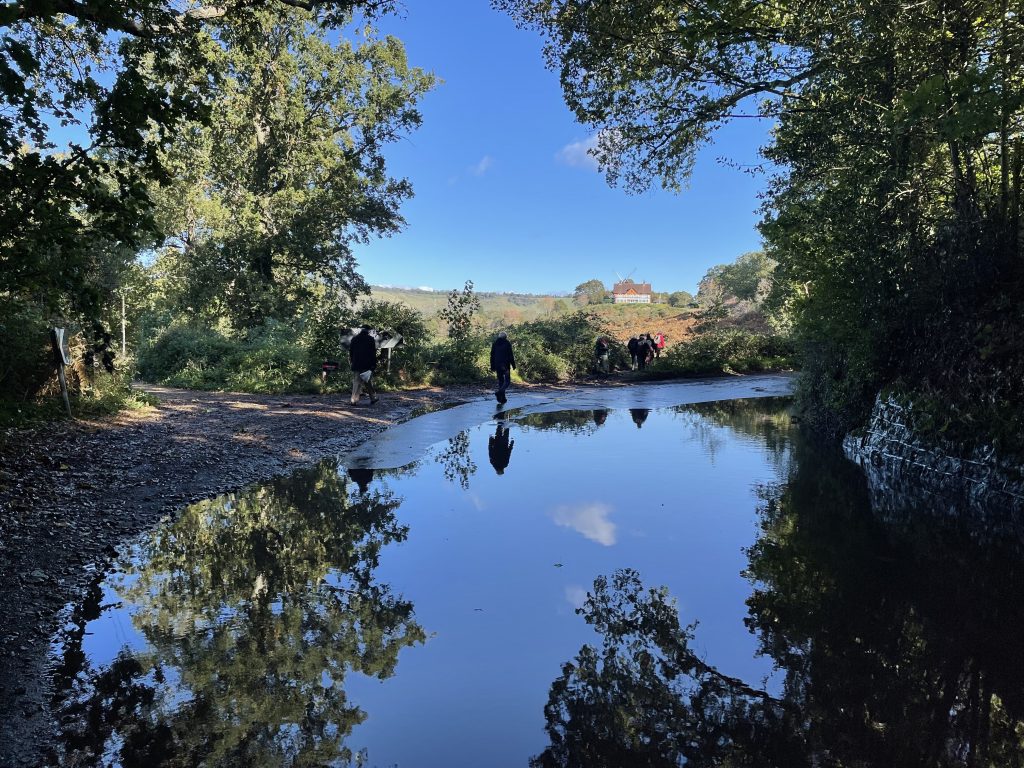 We may not have seen all that Peter intended us to but more than enough to confirm his assurance that Reigate Heath is considered the prettiest in the county. And close by is The Skimmington Castle where we all enjoyed out traditional, reviving lunch. Thanks Peter – and to Steve Mustoewho co-ordinates the club’s walking programme.