Our walk leader for August more than lived up to his reputation for always including a special surprise somewhere along the routes to which he introduces us. 16 of us met at The Cock at Headley to be navigated by David Owen to 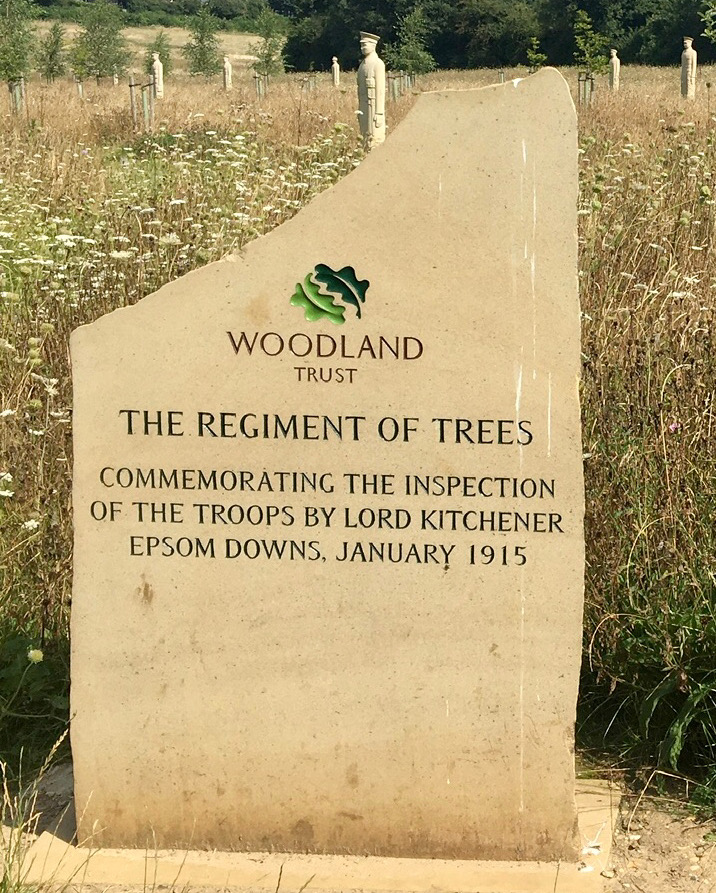 The Woodland Trust’s memorial established in 2019 to mark the centenary of the end to the First World War. It will be several years before The Langley Vale Wood on the edge of Epsom Downs will be seen in all its forest glory but already the results of the initial work coordinated by the Trust and delivered with the support of charities, local authorities and volunteers makes clear the scope of what is already a moving and impressive project. 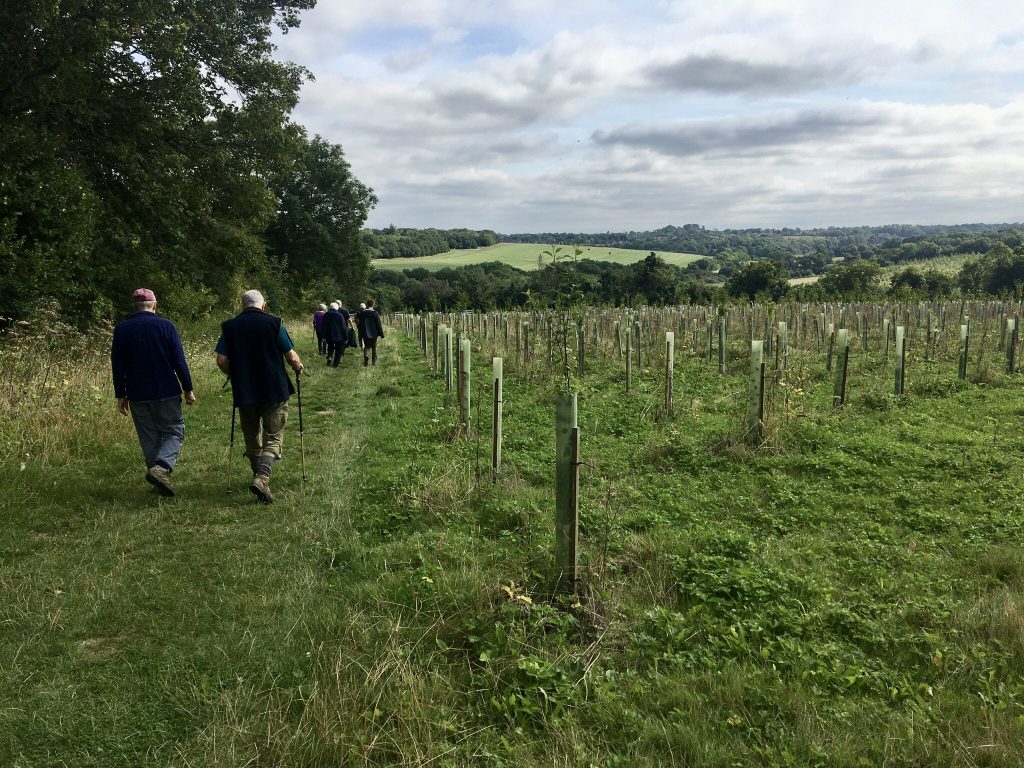 Established on land that was once the Tadworth Training Camp from which young men and women a century ago prepared to join the war across The Channel, David took us first to the Jutland Wood where more than 6,000 saplings commemorate the members of the Royal Navy and their 14 warships that were lost in the battle that helped to turn the fortunes of the war.

In years to come the elegant wooden plinths here, each one dedicated to a warship destroyed in the conflict, may be dwarfed somewhat by the trees as they grow around them – but for now they stand out, clear reminders of the price that so many of our countrymen paid to safeguard our future.

Around the corner we discovered the Regiment of Trees. Elegant ranks of sandstone soldiers standing amongst what will soon be a mass of native British trees providing shelter when the sun shines on them as it did, much to our pleasant surprise, on us thanks to one of our very few  truly glorious days in August 2021. 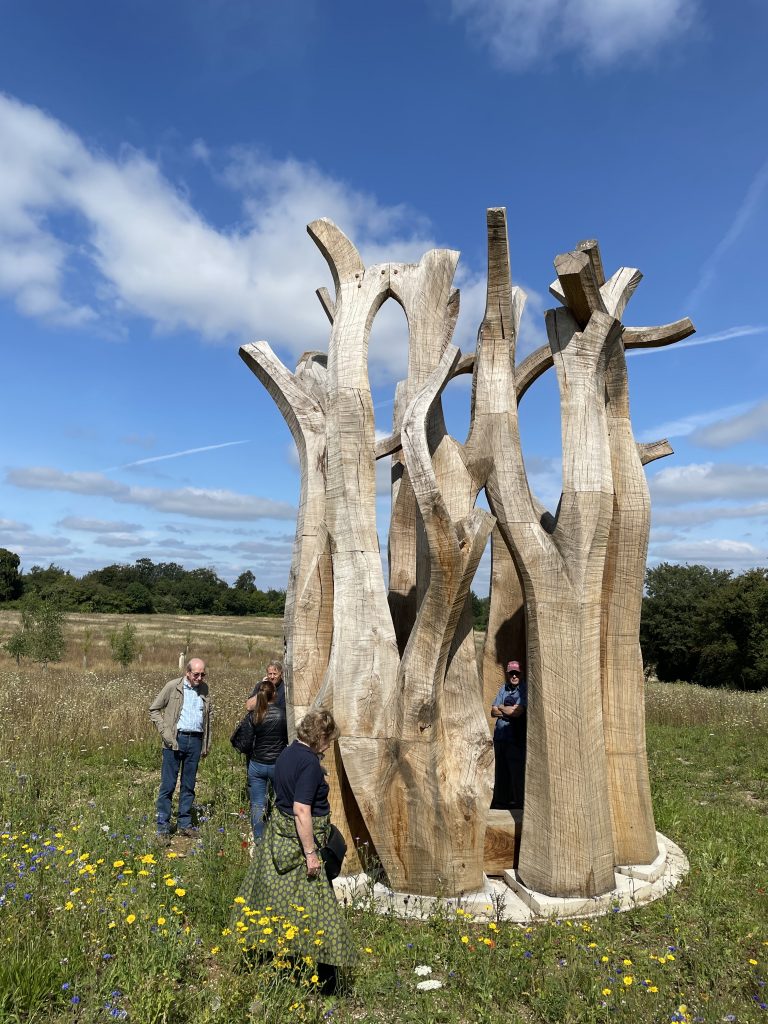 And standing proud there we found a commemorative sculpture in oak. Called Witness it is an amazing piece of art and a real landmark which includes carved texts, extracts from the work of the poets who recorded their recognition of those who fought and triumphed in The Great War.

Our lunch together at The Cock meant we had to leave much more to be investigated here on another day but we’re all grateful to David for introducing us to this special place in these its earliest days – and to Peter Wall for his fine photos.