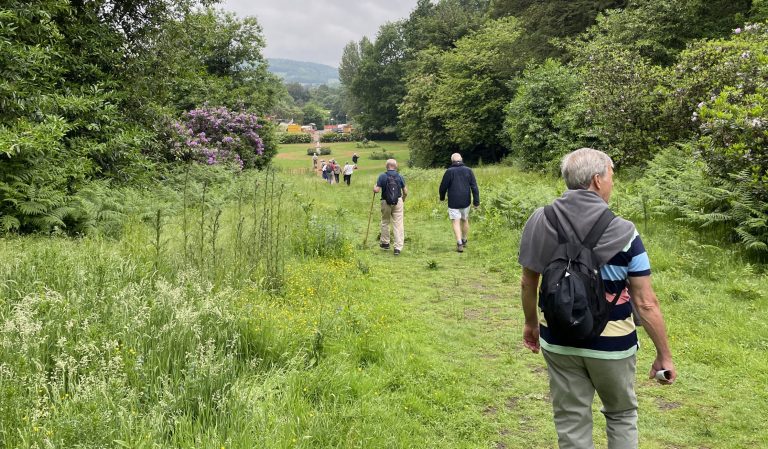 In the hands of Paul Tiller, ably assisted by his wife Britt, many of the 15 of us on today’s walk found ourselves not only in part of our locality that was totally new to us but also in the midst of of an estate described in 1718 as “an epitome of paradise, and the Garden of Eden seems well imitated here”.

Even after the passing of 300 years, which included at least one catastrophic family bankruptcy, one can appreciate the efforts of the volunteers of The Friends of Deepdene, Mole Valley Council and Surrey Wildlife Trust, as they help walkers like us to imagine the magnificence of this land that was once the home of Thomas Hope.

The magnificent Dorking residence of this 19th Century version of someone, who today might be described as an influencer, had to be demolished in 1969 but the site of its adjacent Italianate Gardens still provides 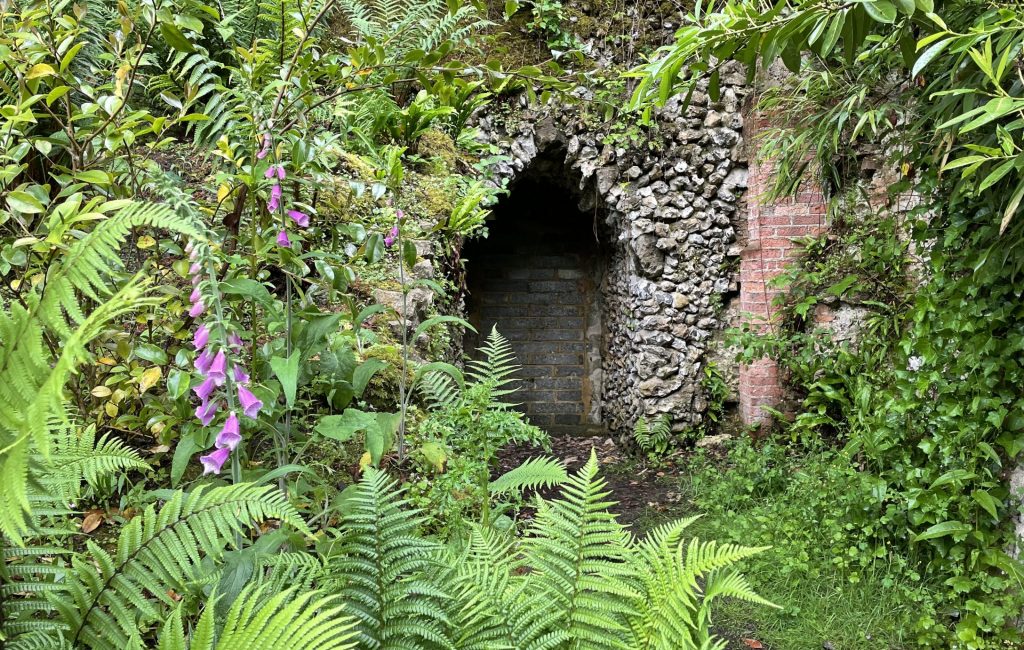 plenty of clues to the determination of Hope and his family to create a very special place enclosed by the steep sides of the Deepdene valley.

Lush and exotic vegetation alongside ornamental architecture made those of us who saw Cobham’s Painshill in the 1970s remember how it had looked before its extensive and very successful rediscovery. The work here at Deepdene has already achieved much but the possibilities here still wait to be more fully revealed. 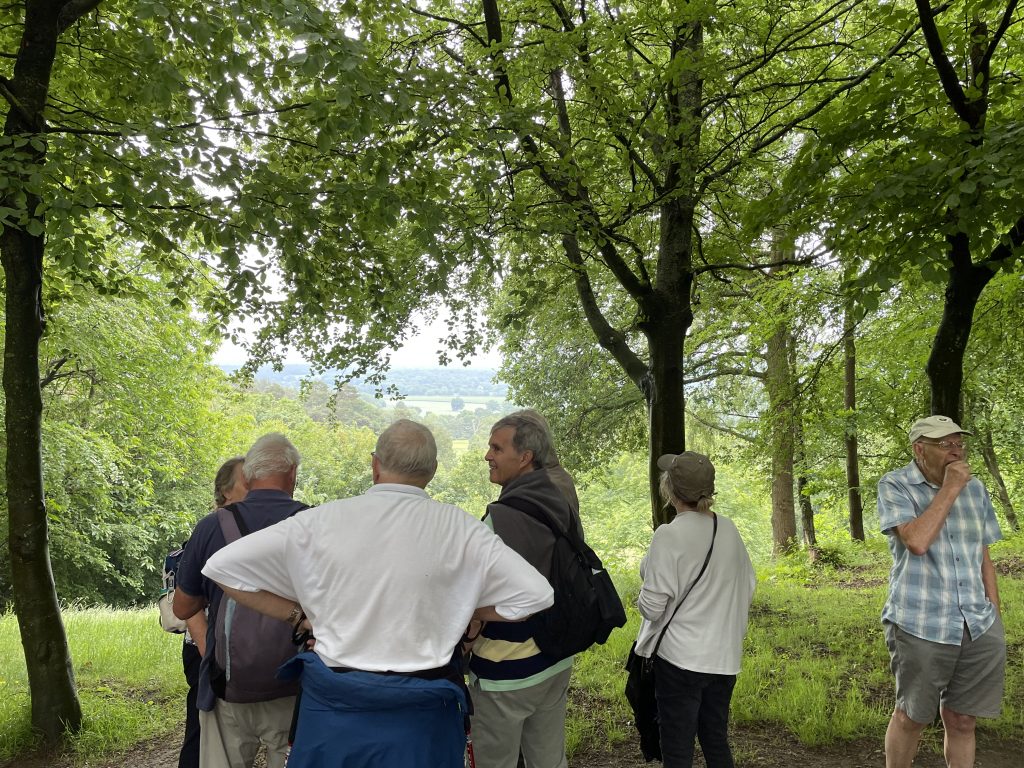 From the terraces above the garden we got a very cloudy glimpse of extensive views to the south. It’s claimed on a good day visitors here can see the sea. Those of us with grandchildren made a mental note to return soon – with a picnic – and enjoy checking whether the claim is true.

Thanks Paul & Britt -a real discovery.